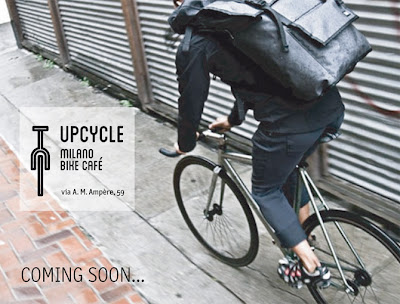 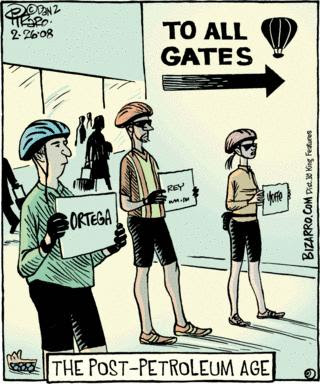 Daniel Charles Piraro (born 1958) is a painter, illustrator and cartoonist best known for his award-winning syndicated cartoon panel Bizarro. Piraro's cartoons have been reprinted in 16 book collections (as of 2012). He has also written three books of prose.
When he finally was given a Reuben Award in 2010 , cartoonist-illustrator Steve Greenberg commented:": "Perhaps they finally gave him the award to get him off the ballot after so many consecutive years on it; the rule (at least since multiple-winner Bill Watterson’s Calvin and Hobbes) for the Reuben Award is once-only per creator.
In any event, this is overdue recognition of a strip that is among the best drawn (for me, up there with 9 Chickweed Lane and Non Sequitur) and inventive (for me, up there with Liō and Zits).
Bizarro has also given the world of comic strips signature icons, such as his ongoing placements of eyeballs, pieces of pie, aliens in space ships and somewhat menacing bunnies. It’s the comics world’s closest brush with the world of surrealist paintings (and by the way, Piraro is an excellent surrealist painter as well).
Postado por Videverso às 03:42 Nenhum comentário:

Adoro ler textos que tem como tema a questão do “instante”,
de um momento fluído, efêmero...
Maria Sandra
Ciclistas Anônimos é uma página original, criativa e muito especial.
Poti Silveira Campos
I like the concept of "the bike as companion that helps him carry on his dream."
For a moment I could see myself on the Calle Reconquista "disappearing into the night."
Gordon Inkeles